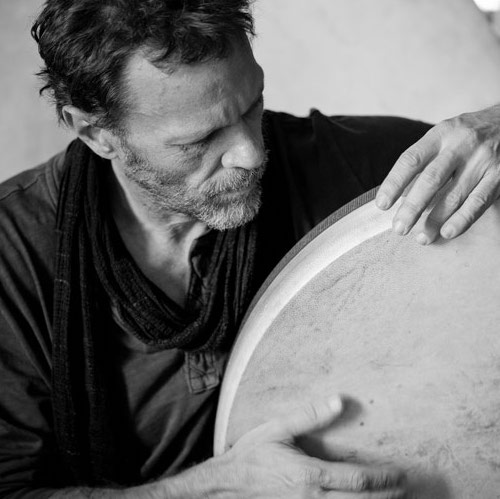 At the start of his career as a touring and session drummer, Ellis discovered hand percussion after reading Mickey Hart’s “Drumming At The Edge Of Magic.” He began collecting percussion instruments during his travels around the world as a touring musician. The instruments and music from these cultures sensitized Ellis to a different form of melody and composition than his Western classical background offered. Ellis started composing music around rhythm.

He eventually formed the music duo Vas and signed with Narada/Virgin in 1997. Vas went on to release four successful and critically acclaimed albums as well as a solo CD ‘Kala Rupa.’ His percussion work in Vas drew the attention of some of the top film composers and Ellis is now a featured performer on over 100 film scores.

As a passionate advocate for the healing and therapeutic aspects of organic sound and rhythm, Ellis co-created RhythmPharm, a space to receive organic rhythm and sound therapy. Through RhythmPharm, he released the 7-CD box set of ‘Rhythm Tonics,’ which are used by both alternative and mainstream health practitioners worldwide. RhythmPharm is also a platform for Ellis to express his deepening concern about the adverse effects electronic rhythm is having on culture and society as a whole.